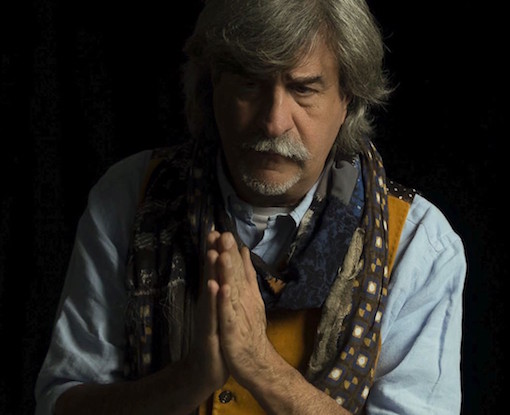 Based on the latest book of the same name by Ezio Guaitamacchi, Amore, morte & rock’n’roll is an evocative multimedia show, made up of narration, sounds and visions that recounts the last hours of four legendary rock stars united by different and often little-known human and artistic liaisons. And whose endings were accompanied by touching moments, peaks of creativity and, above all, great love… The stories of Leonard and Marianne, Lou and Laurie, David and Iman or Freddie and Mary are intertwined with the reflections, sorrows and premonitions of four rock icons who, even in their final moments, have left an indelible mark of their immense class, in a sort of murder ballad, enriched by a dozen epoch-making songs, chosen ad hoc from the repertoire of the four protagonists of the story, arranged in a highly original way and performed acoustically. Accompanying Ezio and his stringed instruments are his historic artistic partner and formidable vocalist, Brunella Boschetti, and the talented Andrea Mirò, multi-instrumentalist, singer, actress and musical director of the show. The special guest star will be Cristiano Godano, in the dual role of actor and musician.