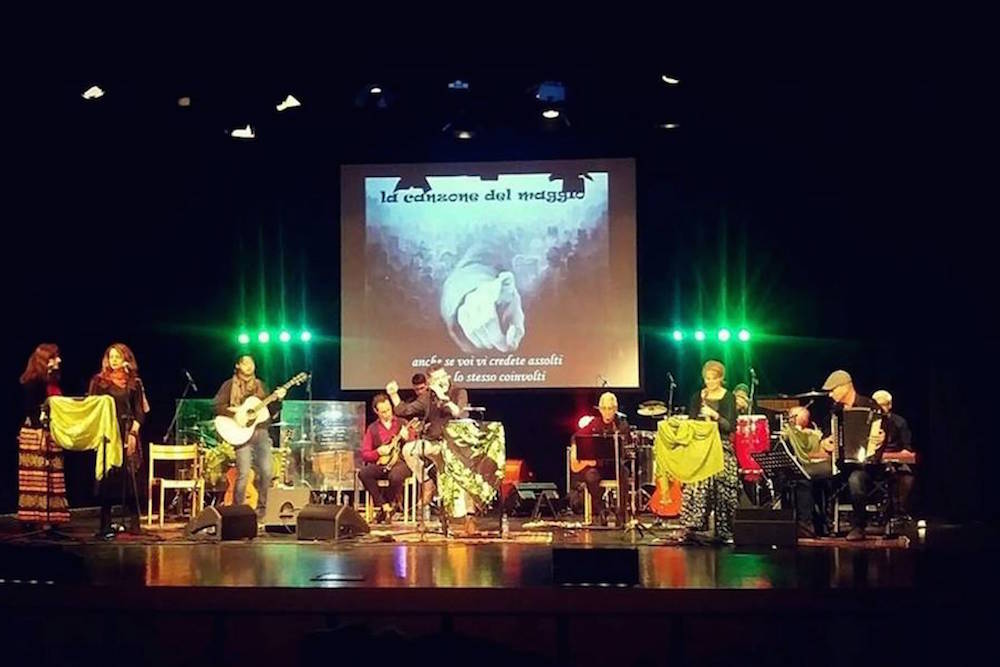 Different paths, but a common passion led this group of musicians to the project of A forza di essere vento…, which, starting from a precious verse of the Genovese singer-songwriter’s repertoire, becomes the title and synthesis of their own music making. The general meaning of the mentioned song, which is Khorakhanè, is contained in the metaphor of life seen as the journey of a gypsy, who leaves without destination, as well as the destiny of man is not the destination, but the sense of travel, which is its ultimate reason (… for the same reason of the journey, travel …). On stage there are twelve artists from different locations and musical backgrounds: from Alto Adige, Veneto, Friuli Venezia Giulia, who play a refined repertoire, retracing in a refined way all the stages of evolution of Fabrizio De André, in a meeting of genres and styles with a strong emotional impact.