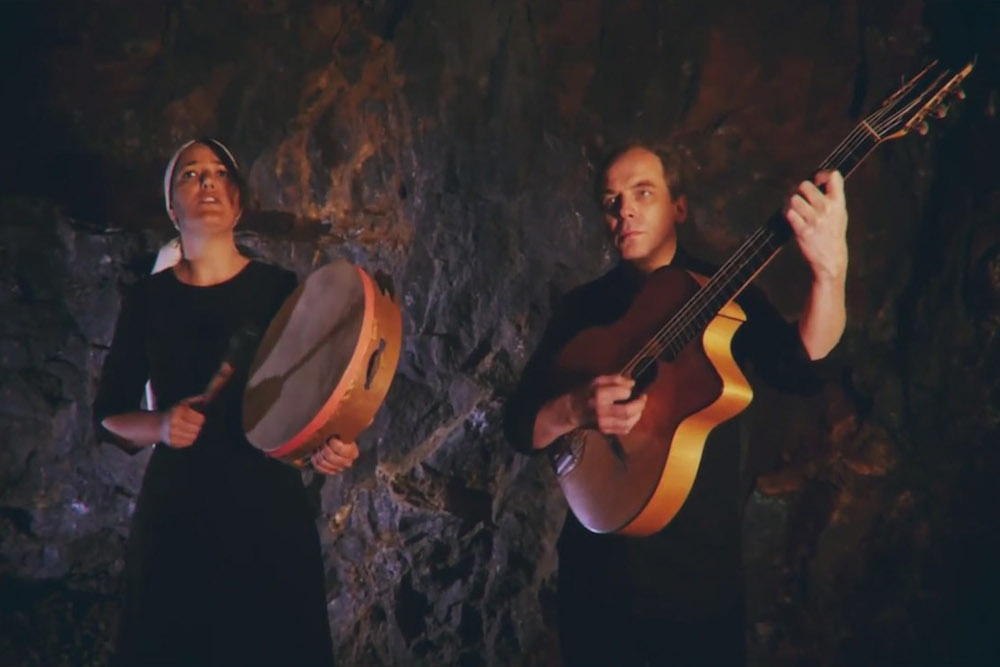 The popular song and the figure of Violeta Parra through the musical story of two of the most famous and appreciated voices of Tuscan folk music. Beautiful lyrics and unforgettable melodies that intertwine with life. Giuditta Scorcelletti is the female voice of Tuscan folk singing, interpreter of traditional songs rediscovered through a research that makes their sound current and that enhances a melodic and crystal clear voice. She was nominated for the 2015 Grammy in the folk category for her interpretation of ballads written by the Englishman Michael Hoppé. Maurizio Geri, after starting his career as a guitarist with Caterina Bueno, has moved on to other very successful musical experiences, such as that of lead vocalist and guitarist in Riccardo Tesi’s band Banditaliana, and then that of the manouche swing group, Maurizio Geri Swingtet.