ITACA A FOLKEST PER IL SOCIALE

Music and rights that open a discussion about social issues. During the last 16 years, Cooperativa Sociale Itaca and Folkest have joined their efforts in trying to raise awareness about the themes of hospitality towards migrants and the respect of all individuals, since to safeguard the right to citizenship is to empower the autonomy of the people and to show appreciacion to all skillsets.
To strenghten its effort, Itaca will for the fourth year in a row be present at Folkest with the project Capitano tutte a noi, a band founded in Pordenone in 2013 and currently made up of eight members.
The main feature of Capitano tutte a noi is their openness towards line-up changes, a attitude that makes them more like a family than a band, more like a group of friends. In this figurative place, ideas can be confronted while in a very collaborative enviroment where music constitutes a bridge between different mindsets.
It’s been seventeen years since the first connection between Folkest and Itaca, and at the ends on a note of cooperation and sharing, vowing to promote a network of meetings that will last throughout the years. To face the current threats to democracy, to uphold rights and values like affinity, brotherhood, will to help one another beyond any ethnic, religious, social, sexual, cultural or actual border. Only with this principles it is possible to make life better for everyone, something that Itaca and Folkest have been pursuing since 2001: Concordia Sagittaria (2001 and 2002), Latisana (2003), Venzone (2004), Pordenone (2005), Maniago e Pordenone (2006), Pordenone e Portogruaro (2007), San Donà di Piave e Pordenone (2008), San Donà di Piave e Pordenone (2009), Pordenone, Udine e Maniago (2010), Pordenone e Spilimbergo (2011), Pordenone (2012), Pordenone (2013), Aviano, Tolmezzo e Spilimbergo (2014), Talmassons, Spilimbergo e Pordenone (2015), Fiume Veneto e Cassacco (2016).

Capitano tutte a noi are:
Valentina Ius (vocals): post-punk and Duran Duran were fundamental parts in the youth of this intense and striking front-woman.
Felice Bellucci (vocals): a deep and growly voice (the tormented Nick Cave and Johnny Cash come to mind) that completes Valentina perfectly.
Pino Dipaola (drums,vocals): a neapolitan soul that adds with his more delicate tones to the vocal texture of the band.
Beniamino De Piccoli(guitar): versatile and imaginative guitar player, able to play both soft finger-picking and virtuoso parts.
Paolo Galofaro (bass): a musical explorer of the works from italian singer-songwriters and indie rock bands.
Tiziano Grendene (guitar, vocals): who loves classic rock and italian modern music all the same.
Domenico Ballancin (drums): the punk rock soul of the band.
Paolo Paron (keyboards, accordion): blues lover, he blends modern and vintage sounds. 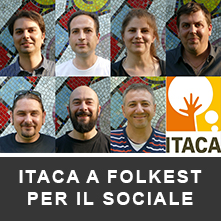