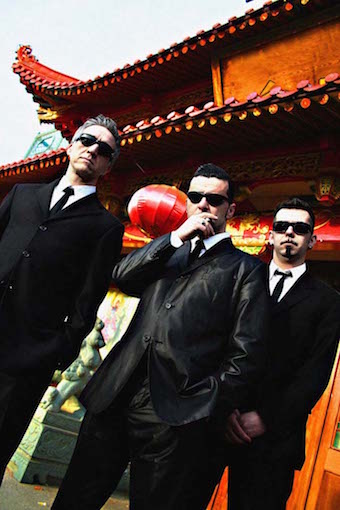 Marco Di Maggio is a leading exponent of the international R’n’R scene, is considered by the specialized press as one of the best guitarists in the world. His band mixes R’n’R, Psychobilly-Core, NeoSurf-Rock, with a touch of Hardknocking Swing, creating an explosive mixture… Since 2008 Gretsch/Fender has elected Marco as the only Italian endorser, alongside the great Brian Setzer of the Straycats, official endorser for the USA.
From ’96 to today he has played with almost all the legends of r’n’r: Terry Williams (Dire Straits), D.J. Fontana (Elvis’ Band), Slim Jim Phantom (Straycats), Scotty Moore (Elvis’ band), Johnny Farina (Santo & Johnny), Robert Gordon, Linda Gail Lewis, Albert Lee, Billy Swan (composer for Elvis)… Terry Williams, Dire Straits’ drummer, released this statement about him: I played with the greatest: Mark Knopfler, B.B. King, Eric Clapton, Albert Lee… I can say that Marco Di Maggio is one of them.