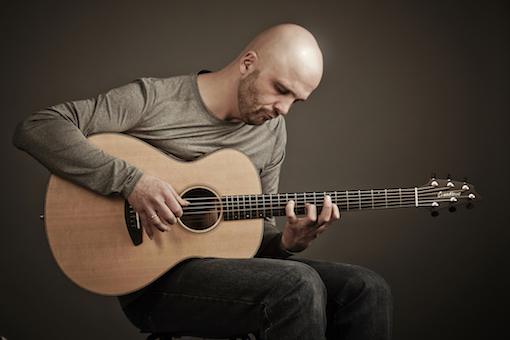 A musician from Graz with a sparkling technique and a touch that is both powerful and delicate, he has helped shape the Austrian folk and blues scene since the 1990s and as a musician, performer and arranger throughout the German-speaking area.
An original guitarist in the fingerpicking style, an appreciated folksinger, in recent years he has proved to be a good multi-instrumentalist, also active as an arranger and producer. In addition to recording for various band projects and solo musicians, he has also worked on music for film, TV and theater, as well as numerous children’s productions. After his beginnings with significant Austrian ensembles such as Squadune, he has built up an endless string of high-level collaborations from one side of the ocean to the other. He collaborates regularly with Oliver Mally, Mario Berger, Steiremen Connection 2.0 and the Landluft group.