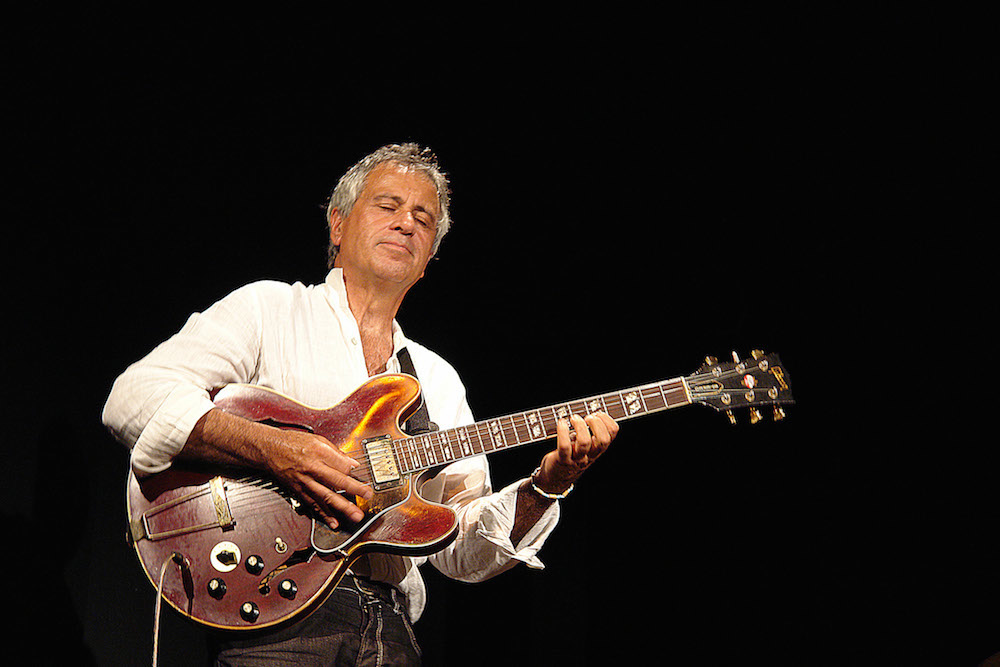 Michele Ascolese is one of the best known guitarists in the Italian music circuit for technique, feeling and important collaborations. He studied guitar as a self-taught and already at the age of twenty he was a music professional. After performing in the early years of his career with Enrico Rava, Mandrake, Lilian Terry, Nini Rosso, Tommaso Vittorin, Ornella Vanoni and Gino Paoli in the tour Insieme. Today he is considered one of the most complete and appreciated session man and the number of artists who have relied on his guitars has grown: Sergio Caputo, Roberto Vecchioni, Francesco De Gregori, PFM, Teresa De Sio, Angelo Branduardi, Fabio Concato, Eduardo De Crescenzo, Renato Zero, Eros Ramazzotti, Sergio Cammariere, Tullio De Piscopo, Edoardo De Angelis, Bungaro and many others. His name, inevitably, remains associated with that of Fabrizio De André, with whom he had an intense and lasting collaboration: it is his, for example, the famous guitar in Don Raffaè.  Equally long is the list of participation in record projects. In 2016 he was the protagonist, together with Edoardo De Angelis, of Il cantautore necessario, an album dedicated to the great historical songwriting, with the artistic production of Francesco De Gregori. Recently he has been protagonist, with PFM, of a very long Italian and European tour dedicated to Fabrizio De André.