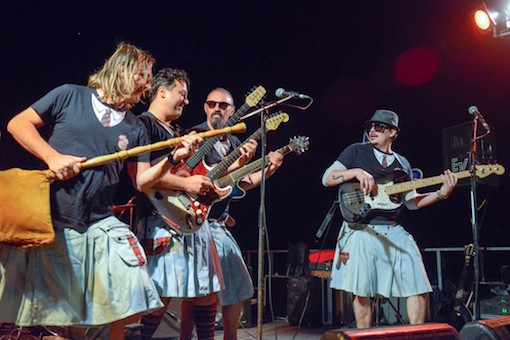 We were born warriors and we didn’t realize it, say the members of the group. In short, to be warriors you had to be rebels against the social order, against unchangeable traditions and established powers. As children it’s easy, but as adults… As adults, when everyone looks at you wrong or makes you feel inappropriate… well it’s harder. But here’s the meeting… A handful of fighters from Clan Mc Grave. Each with a different kilt just to not belong to anything or anyone, not even ourselves. Since then we are on the road and no longer alone, an army of musicians.