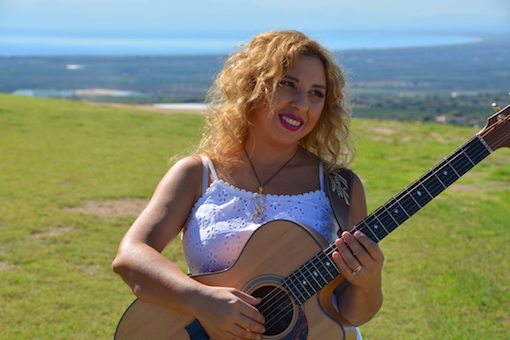 Palma Cosa, daughter of art, began playing at the age of nine years under the guidance of his father Roberto.
After finishing her studies at the conservatory G. Paisiello of Taranto, she attended various stages and seminars on improvisation and improvement. He deepened the fingerstyle performance techniques and began to compose pieces for acoustic guitar. In 2018 he participated in the FIM in Milan, then opening concerts of Peppino D’Agostino and Antonio Onorato. In August 2020 he won the XV° Emerging Guitarist Award of A.D.G.P.A. in Conegliano Veneto.