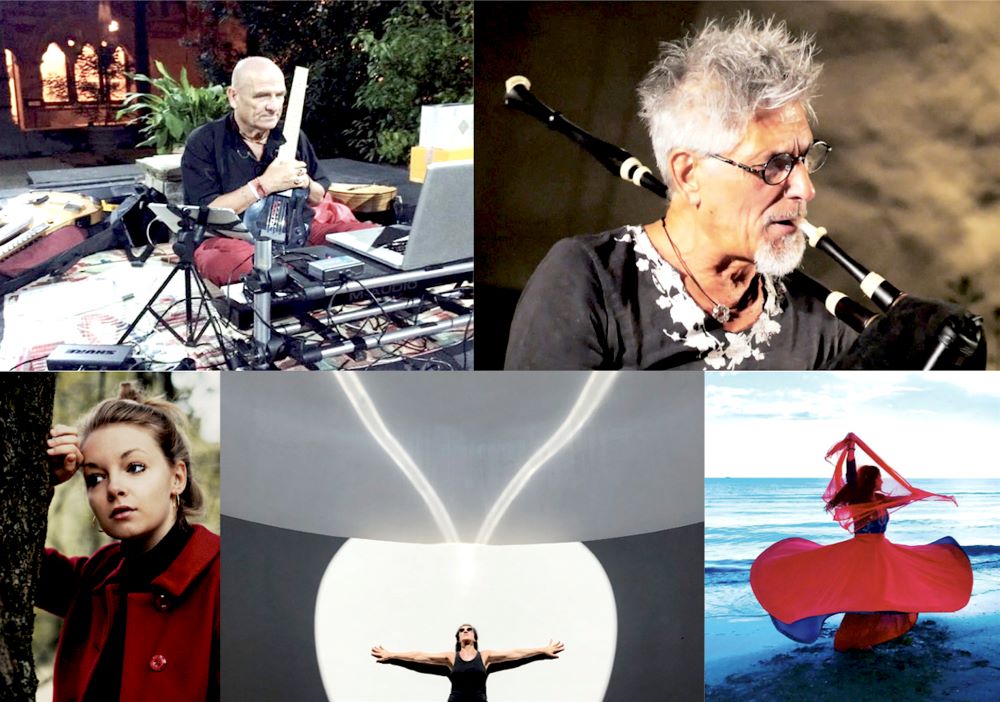 From a chance encounter in 2010, Paolo Tofani and Giovanni Floreani developed a friendship and empathy that allowed them to go beyond the limits of superficial professional collaboration. A path that has produced concerts, performances, interdisciplinary initiatives and an album, ‘Sounds of…‘.
The thread that has united the intentions of the two musicians has always been characterised by the desire/need to experiment, to go beyond the schemes and above all to give Music a Human guise. Music tells about Man, his limits and his merits, his weaknesses and his intuitions. All this makes it possible to escape from the constraints of a score designed by logic and aesthetics.
Paolo Tofani since his historical experience with Area, had the opportunity to know a flourishing moment of creativity supported by the social contents introduced by Gianni Sassi (deus ex machina of Cramps Records) and by the crazy genius of Demetrio Stratos.
Giovanni Floreani made his Strepitz one of the coolest bands in Friuli Venezia Giulia, involving wonderful artists such as Pierre Favre and Yang Jing as well as important names from the local music scene.
The result of these crossovers is a music without time or space where IMPROVVISATION marks the centrality of the sound structure, but it is not casual, while MEDITATION inserts an element of depth and at the same time transcendental lightness.
Emotional flows that emerge thanks to an accurate scenography that moves around the choreographic movements of Francesca Ferah Dalla Bernardina and the suggestive images produced by Ofelia Croatto.
The narration, expressed by the young actress Giulia Grimaz, represents the summa of the reflective evolutions on the themes often faced by the two musicians in the various moments of their common path and from their personal experiences: The Sacred in the simplicity and humility of everyday life, the awareness of one’s own limits, Friendship, the fragility of the body opposed to the permanence of the soul… but what the two authors are most concerned about is distancing Art and Music from ephemeral fruition and leaving the audience with a trait of Utility.