Pietro Sabatini, former Whisky Trail, Peter Cam, Meeting, Acoustic Dreams… is one of the most recognizable italian folk musicians: he’s now touring with a show revolving around his own music, with works from his Dark&White record in english and Aurelia Allargata, an album centered around his homeland near Livorno and dedicated to his native village Venturina. Both his cds were released in May 2016. In these solid and mature works Sabatini gave flesh and bone to his auditive dreams, without brakes or inibitions: this is decisive, precise, powerful music, channeled towards an immaginary recipient. English and irish folk, blues and some prog are the building blocks of this charming musical project. 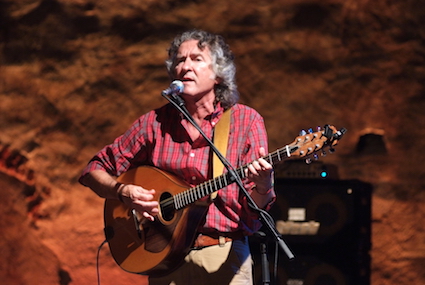