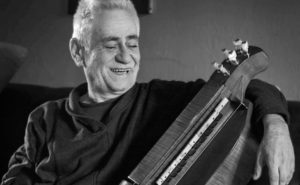 Among the founders of the folk movement in Italy, Silvio Orlandi was a member of the editorial board of the Folkgiornale. Leader of Prinsi Raimund, a prestigious group of traditional Piedmontese music, he later founded Malbruk with Roberto Aversa and Moia with Andrea Del Favero.

His current projects are the group Falafel Project, a fusion of folk, jazz and ethnic music and the duo with cellist Ernesto de Martino, with whom a musical research on the hurdy-gurdy in the cultured and popular tradition was born. In addition to his concert activity, he is also a luthier, a hurdy-gurdy maker and a teacher of the instrument itself.