Free, independent and revolutionary, this is why she has always chosen how to produce and compose her albums. She is a self-made musician whose determination led her to self-release her work. In 2000 she founded an independent label, called “C.O.R.E” and it’s where, since 2004, she has been producing her own albums because of the freedom that an independent label allows. She decides everything about her work. She loves to introduce herself as a folksinger and affirms that Folk is the popular rock and it teaches people how to behave and to respect the past as well as the future. Her models were musicians like Matteo Salvatore, Domenico Modugno and the Cantori di Carpino whose lives were all about music. She will play a tribute to the late Pino Daniele, a colossus in the Neapolitan musical scene. 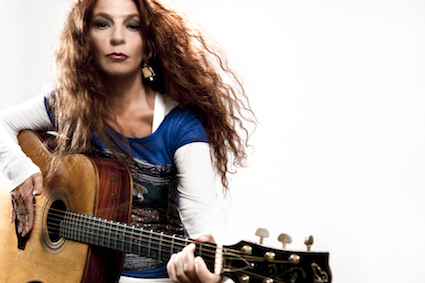