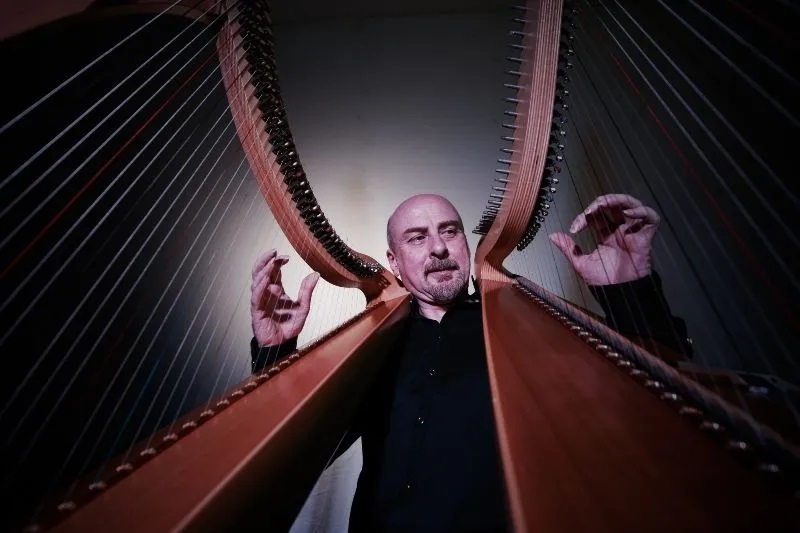 The first popularizer and pioneer of the Celtic harp in Italy since 1977 he has dedicated himself to its study, then developing his own very personal approach to the instrument. Authentic leader of the European school, he had the opportunity to present his Ave Maria together with Rossana Casale, Franco Parravicini and Federico Sanesi, in Loreto, in the presence of Pope Giovanni Paolo II. He then composed the formation Musica Caeli with Tosca, Riccardo Tesi, Mario Arcari, Stefano Melone, Franco Parravicini and Federico Sanesi for the album Concerto per il Giubileo published by Famiglia Cristiana. He has recorded numerous albums under her own name, bringing her music to theaters and the most important historical places, to international radio and TV festivals in Italy and around the world, participating in more than one hundred and twenty recordings, with artists of all musical genres, making the Celtic harp known to the general public.