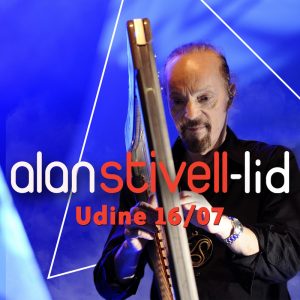 Alan Stivell (born Cochevelou), the Celtic harpist that launched on global scale the passion for Breton music and, more broadly, Celtic folk making it a European and international cultural phenomenon, returns to Folkest, where he held some unforgettable shows.
Stivell, who rebuilt the Breton harp with his father and brought it back into concerts, is also considered as a remarkable bombard and great Highland pipe player. He created the concept of Celtic music and he made it popular in an extended idea of cross over music. This was thanks to the union of different cultures and musical styles always being at the forefront of several genres including Folk-rock to Ambient and World Music. The concert that brought that musical movement to the peak of fame took place fifty years ago (1972) at the Olympia theater in Paris, where one of the most celebrated albums of the worldwide discography was born: Live à l’Olympia. From that moment on, the Stivell phenomenon has not only changed Brittany global image but also the European interest in its ethnic minorities. To this day, his international career flourishes thanks to his presence at festivals and on TV shows all around Europe, United States, Australia, and Canada. After recording the album Legend and The Mist of Avalon, in 1993 he remastered his most famous songs (with the presence of Kate Bush) in his album Again, which will again relaunch him in pop continental rankings. Thereafter there was a continuous succession of new albums, thanks to this curios and attentive artist, who is indomitable and always on the front line to defend minorities’ rights.
Members: Alan Stivell: vocals, harp, bombard, great Highland pipe;