From hard rock to prog through italian singer-sognwriter style songs, Cinqueinpunto gained some degree of success in the 90s through their thirst for good music, breaking up only to reunite in recent times and work on new original material. In 2016 they win the Cantiere Miotto competition before recording their new release at Angel’s Wing studios. The record will be showcased for the very first time during their show at Folkest2017. 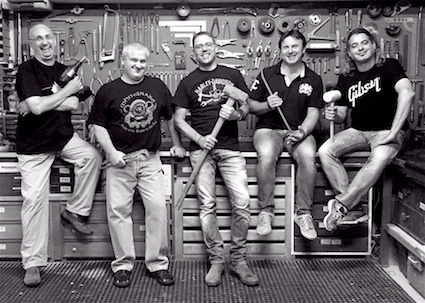