He began his career in the rock bands Klautans, Top Secret, Lollipop and Bottle of Smoke. In 2004 he began a long artistic association with Luigi Maieron and participated in the shows Con il Cielo e le Selve , I Turcs tal Friûl and Tre Uomini di parolawith Toni Capuozzo and Mauro Corona. He is a finalist at the Festival della Canzone Friulana in the editions 2010, 2012, 2015 and in 2016 he wins the Festival della Canzone of Friuli Venezia Giulia with Megan Stefanutti. He collaborates with several artists, including the Friulian songwriter Lino Straulino and the Emilia group Mè Pek and Barba. In 2015 he released his debut album Incuintretimp , a finalist for the Targa Tenco 2015. In the autumn of 2017 was released “Truòisparìs” , a concept album on his homeland, Valcellina. 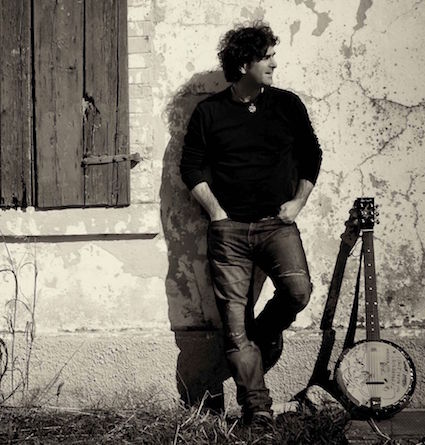