Guitarist, songwriter, arranger, Franco Presti was born in 1967 in Sicily. He was self-taught, he starts his career with an acustic guitar, and then with also electric guitar and semi-acustic guitar, approaching Folk, Jazz and Rock music in advantage age. Only in December 2016 has been pubblished his first discographic work, arranged and produced, containing all his pieces and souned some with acustic guitar and other with acustic guitar and band, composed by piano (played by him), double bass, battery and sax soprano. In 2017 he promoted the project with concert in Catania, Palermo, Capo D’Orlando, Faenza and Sanremo. 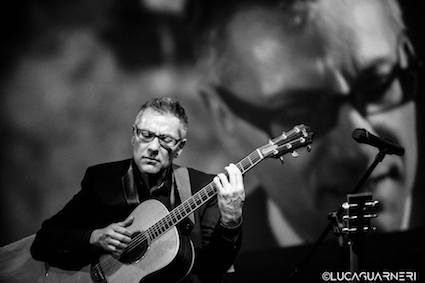