During his university studies he became passionate about Tuscan folk songs and published his first album “Canti toscani” in 2004 , beginning his career as a street artist. Nel 2006 esce Antologia di Canti popolari toscani. In 2006 he published the Anthology of Tuscan Folk Songs. In 2009 with the Tuscan label Radicimusic and with the Pistoiese guitarist Alessandro Bongi, he co-produced the album Canta la cruia and in 2010 Coscine di pollo. In 2015 the Nightingale album , recorded and arranged by Alessandro Bongi and produced by Michael Hoppé, is nominated for the Grammy Awards in the Folk category. In October 2017 he arrives in the final at the “Andrea Parodi” Prize, where he won the best interpretation award.
Training: Giuditta Scordelletti – voice and guitar; Alessandro Bongi – acoustic and electric guitar; Ettore Bonafè – vibraphone and percussion. 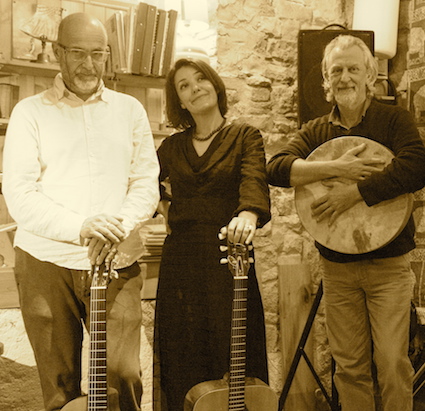