KAL are an urban Rom band from the serbian capital Belgrade. They created a new and original sound, that was soon to be known in western Europe As “Rock&Roma”, which might still be the best way to define their music. Since the very beginning in 2006, Kal have perfored in some of the most important continental festivals playing more than six hundred sets. They worked with Gogol Bordello in New York and released three records for the label Asphalt Tango: Kal, Radio Romanista and Romology, the last one produced by american producer Mike Nielsen. 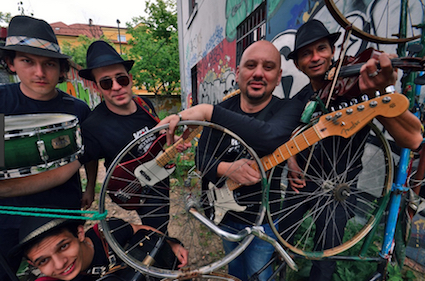