Kokonoko Folk Band were created in a very jazz-centered mindset, a project revolving around the japanese pianist Mariko Kitazato. They soon started to to give a certain folk-ier feel to their works by introducing world music elements, due to their collaboraton with the cuban drummer Yamil Castillo and his peculiar set of cuban traditional instruments, while also including into the band a saxophone and a double-bass. 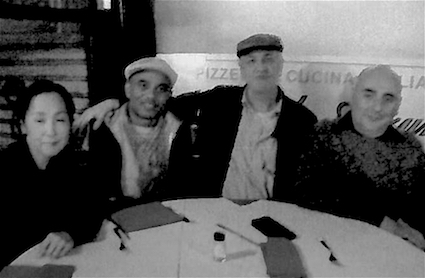