Angelo Giordano used to study guitar, singing, palmas and flamenco percussions, being featured in the works of many italian and spanish artists. Michelle Pucci was originall a cello player, but he later got to studying flamenco guitar and being a significant part of the italian and international flamenco scene. They later became endorsers of “Thomas Guitars” flamenco guitars. Giordano and Pucci have been working together for twenty years now: at Folkest 2017 they will showcase different variants of flamenco, from the most traditional ones to some more modern, that are clearly moving towards wider expressive forms. 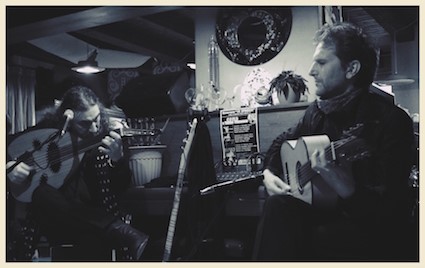