Stewart and Frank are two internationally renowned soloists. Their music has deep roots in the traditional expressions of Northumbria, the land of Hardy, which has been part of the John Wright Band for six years, and of Scotland, from which McLaughlin comes. During their concert mix traditional songs with original compositions, in a succession of colours and emotions. They will present their new album, called The Gift, at Folkest.
Training: Stewart Hardy – violin, voice; Frank McLaughlin – guitar, vocals. 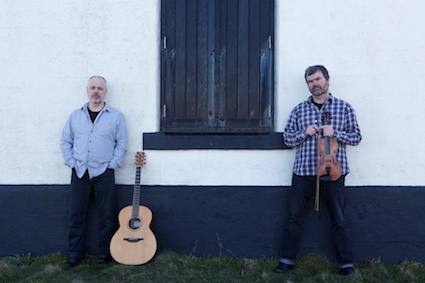