Friday 29 june in Aquileia, Piazza Capitolo (9.15 PM) two scottish band will exhibit: the Ashcroft, trained by Euan e Lewis McLaughlin, one of the most most interesting formations on the new Scottish music scene and the duo Stewart Hardy & Frank McLaughlin affirmed internationally and that propose a music that sinks in the traditional expressions of Northumbria and Scotland: at Folkest present their new album “The Gift”. 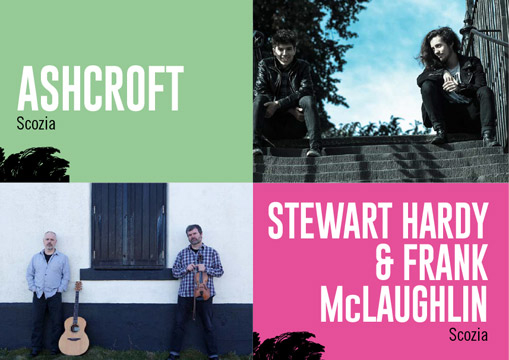 Place: Aquileia, Piazza Capitolo [How to get there]

Roman colony founded in 181 aC, was the capital of the X Augustan region and metropolis of the Christian church. Together with Ravenna and Brescia it is the most important archaeological site in northern Italy, and with Cividale del Friuli and Udine it has been one of the historical capitals of Friuli, whose iconic image derives from the emblem of Aquileia.The village developed around the patriarchal basilica for a radius of about a kilometer, including the remains of the ancient Roman city, and crossed by the river Natissa. The southern part of the municipal territory, behind the Grado lagoon, is instead constituted by cultivated territory (deriving from reclamation) or small patches of plain woodland. The hamlet of Belvedere, facing the lagoon, hosts two typical examples of pine woods.
by : Folkest-2021
comment : Off