Online on Wednesday 6 May “Orcolat ’76”, the story of the earthquake of ’76 in Friuli Venezia Giulia

On May 6, 2020, on the occasion of the 44th anniversary of the earthquake of ’76 that shook Friuli Venezia Giulia, on Folkest’s Facebook page, from 6.00 a.m. will be published some salient video clips of the show “Orcolat ’76“, the story of the earthquake written by Simone Cristicchi and Simona Orlando, performed by the same Roman singer-songwriter together with Francesca Gallo and with the extraordinary participation of Maia Monzani.

Strongly supported by the Province of Udine together with the City of Gemona del Friuli, which involved important local excellences in the musical field such as the Mitteleuropa Orchestra and the Fvg Choir (prepared by Maestro Cristiano Dell’Oste) both conducted by Maestro Valter Sivilotti, and realized in collaboration with Folkest and the association Canzoni di Confine, the show was entirely filmed in the year 2016 in the cathedral of Gemona del Friuli by Folkest Film, directed by Claudia Brugnetta, and many people have expressed the desire to see this work that tells through many testimonies, the story of the tragedy and the rebirth of Friuli Venezia Giulia after the earthquake.

The free online broadcast of some of the highlights of the show is one of the events scheduled by Folkest waiting to meet its live audience and for 2021 on the occasion of the 45th anniversary of the earthquake, Folkest is already working to propose a significant event that will take place in Gemona del Friuli. On May 5, Andrea Del Favero, artistic director of the festival, will anticipate the event in the Rai radio program “Vué fevelin di…” by Claudia Brugnetta, conducted by Nicola Angeli, on air at 3.15 pm. 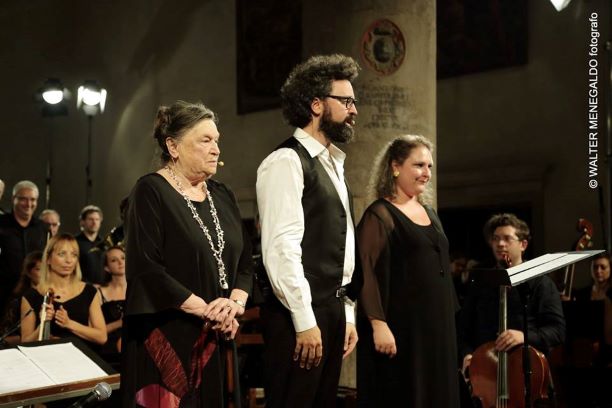