Friday 29 june in  Sauris to enhance the evening the wonderful vocal harmonies of the singer-songwriter and folk guitarist of North East England Russell Joslin, who grew up in Wiltshire but soon moved to London, and the Australian singer Sarah McCaig: the duo is considered one of the most interesting groups in London area. 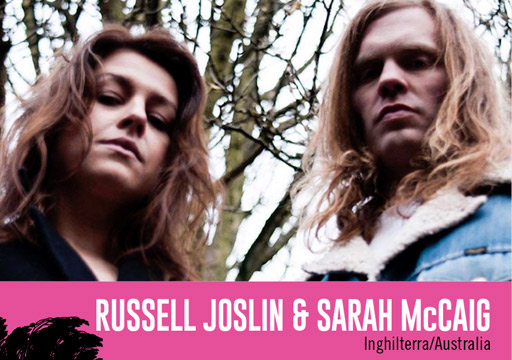 Place: Sauris, Centro Sportivo [How to get there]

According to a legendary tale Sauris founded long ago by two German soldiers who, fleeing the war, hid in the territory on which the current town stands. According to historical data, the first residential nucleus would have been created in the XIII century following the immigration from some valley of nearby Austria. A significant importance in the history of Sauris covered by the construction of the Val Lumiei hydroelectric plant and his dam, between 1941 and 1948. The artificial lake submerged the town of La Maina, of which the ruins remain under water. In Sauris one speaks again, next to the Italian and the Friulian, an ancient and fascinating language, a German dialect belonging to the linguistic group of the southern Bavarian. The Sauran language (de zahrar sproche) has been affected by contact with neighboring populations over time, but still retains many archaic traits derived from German spoken in the thirteenth century (mittelhochdeutsch). Sauirs is a center rich in cultural and gastronomic traditions of great quality, with a top-order tourist proposal, to which the new structure of the Sports Center has recently been added.