That Dog Was a Band Now in Prato Carnico and Mag Mell S. Giovanni d’Antro (Pulfero)

EVENTS OF THE DAY

Folkest will stage on saturday 23rd in San Giovanni d’Antro – Pulfero presso la Grotta d’Antro (time 19.30) with the irish group Mag Mell formed by the brothers Méabh and Tiarnán Smyth (violin, guitar and voice) grown at the Armagh Pipers Club’s school, important culture istitution which that has made the history of traditional music in Northern Ireland. 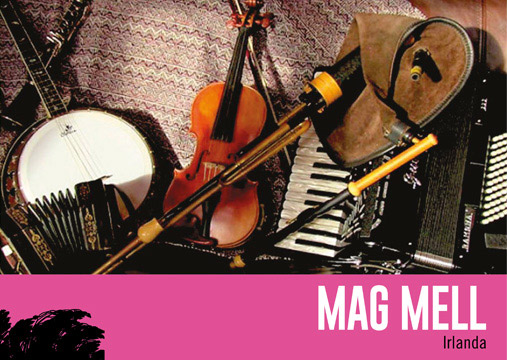 By the name of San Giovanni d’Antro, a church and a cave can be identified. The church was built inside the cave and both the attractions are located in Pulfero, in the province of Udine. The cave opens into the Mladesiena mountain’s face. While entering the cave, two porches can be identifiend: one is bound to drain the water coming from the inner part of the cave, while the second one was built to facilitate the construction of a gallery that leads to the worship area, located in the upper part of the vaults.
Remains of jupper jaws, tooth, vertebrae, pieces of pottery belonging to the pre-romanic and romanic ages and mettallic pieces belonging to the Medieval Age were found inside the cave.
The place of worship is composed by a church, a chapel, a presbytery, a sacristy and a loggia.

That Dog Was A Band Now – Prato Carnico

Saturday 23rd from 21.15 in Prato Carnico will perform the band That dog was a band now, with artists from Canada, USA, and Sweden. Formed in California in 2013, they traveled the United States far and wide, arriving in Canada with their energy-filled shows, before heading off to conquer Europe.
After a first self-produced album in 2015, they recorded a new album in Denmark in 2017, which will be released in May 2018.
Excellent reviews obtained in 2017 at the prestigious Bråvalla festivals in Sweden and at Svendborg Sound in Denmark. 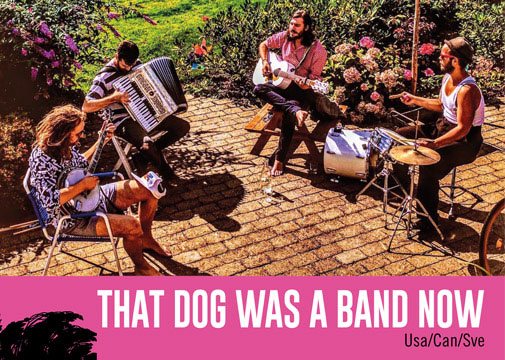 Prato Carnico is the main town of the Val Pesarina (Pesarina Vale) area, and typical houses that sometimes share a resemblance with venetian palaces, since the Venetian Republic used to collect timber from the area for its shipyards, are common in both the town and the surrounding hamlets. The roofs are tiled with a unique kind of flat terracotta roof tilings shaped like the small wooden bits that are commonly used to tile roofs in the mountains, here called “las planelas”. Pesariis is the most notable village, known for the skill of its watchmakers since the XVII century. Truia is just a small hike away from Stavioli Orias, one of the most fascinating places in Val Pesarina: here, more than a dozen of ancient farmsteads that used to serve as kettle shelter are still present.

THAT DOG WAS A BAND NOW

Artist: That dog was a band now