Monday 1 July, starting at 9.15 pm, the Austrian group Donauwellenreiter* is expected at the Palazzo Municipale Park in Gorizia.

Formed by musicians who have their base in Vienna, this quartet has had many positive feedbacks since its debut, both in Austria and in the various countries visited during its tours.

Echoes of the Danubian music and cultures are combined with jazz and modern elements that contribute to creating the very personal style of the Donauwellenreiter, in which stands the voice of Maria Crafonara, a singer born in Brunico from the Val Badia family, which ranges from Mozart to the traditional Ladin songs of her land.

The first three albums brought them to the attention of a specialized audience throughout Europe, until the explosion of the recent album tribute to the great Gianmaria Testa, a cult artist in German-speaking countries. 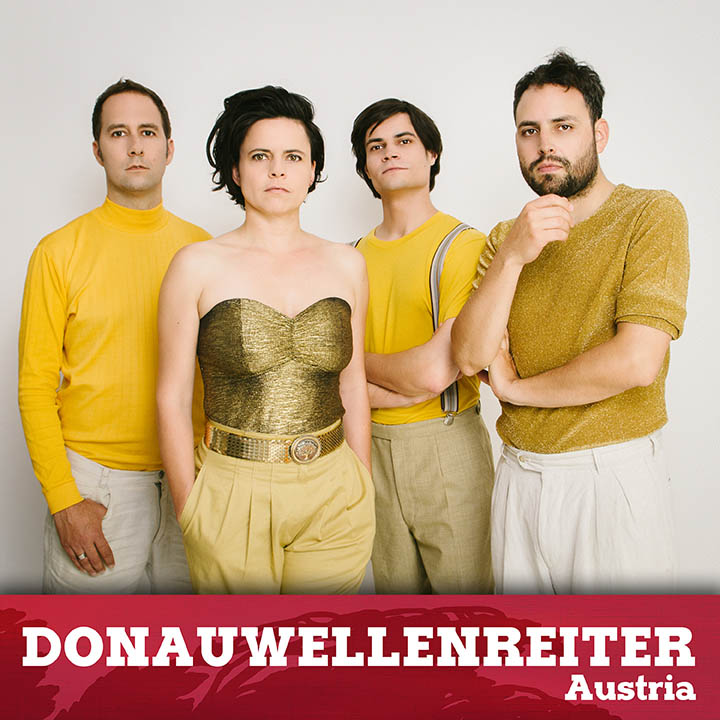 Venue: Gorizia, Parco del Palazzo Municipale [how to get there]

In case of bad weather the concert will take place at the Verdi Theater.

Gorizia lies in the point where two important ways of communication that bind the Orient and the Western parts of the world meet. These two ways are called Isonzo Valley and Vipacco Valley. The Isonzo River flows near the city of Gorizia. Gorizia faces on the isontina plain, surrounded by the Collio’s hills. These hills are famous beause of the fine wine production. The famous painter Max Klinger described Gorizia as a marvellous gateway to Italy. While walking through the town, tourists can breathe a unique atmosphere due to the peculiar meeting of several traditions.

Gorizia is the center of the most important european cultures: Latin, Slavic and Germanic that contribute to enrich the aspects of the local traditions.