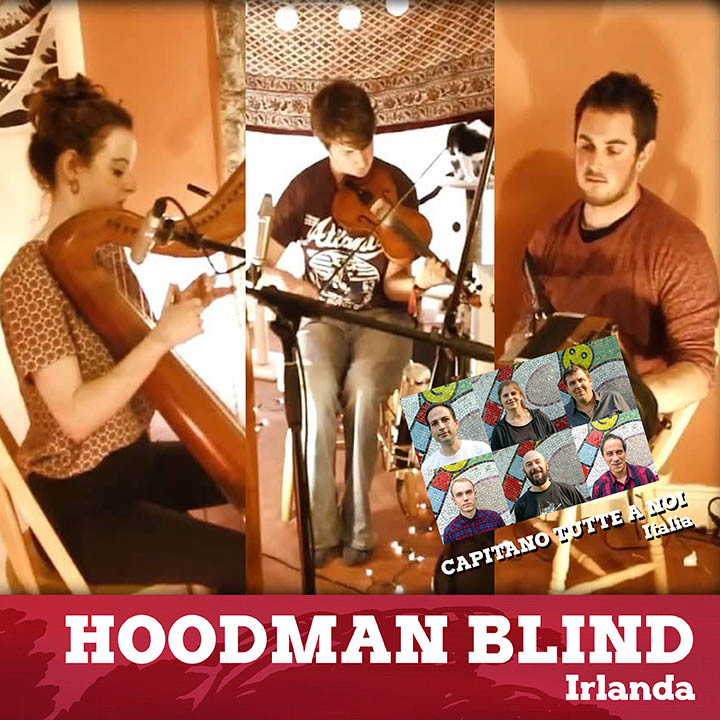 A characteristic of the Capitano tutte a noi is to be a project that is constantly open to other members, even if only to share a musical experience of listening to each other, in which the group, as well as music, becomes a family. The aim of the project “is to overcome the taboos – the musicians explain – to integrate into the group people without prejudice and open to confrontation, with different stories and approaches to music in order to enrich the sound and life of the band itself”. Music is a possibility of redemption aimed at a viable future: there are those who would like to make music their work and, if all happen to us, it could happen.

“We also like to deal with the revaluation of songs, performers or bands that are not very well known by today’s young people, and that instead left an imprint on the history of music”. But the Capitano tutte a noi also sign their own pieces, in which they give voice to the joys, fears and feelings of every day. “The songs we are writing will be a sort of biography that will tell people about us and will make us feel, after all music is a common good of all and has no prejudice against anyone”.

Hoodman Blind is a young trio from Limerick, in the county Clare, one of the richest in music. Formed in 2016, they immediately added their great love for the Finnish and Swedish music in their compositions, which alternate with traditional Irish songs.

In these few years they have been able to build a solid reputation, which has led them to perform at the top festivals Other Voices and Electric Picnic, as well as the Kaustinen Festival in Finland.

In July there will be three more appointments with the Hoodman Blinds at Auronzo di Cadore on Wednesday 3 July; in the square of Colle (Pinzano al Tagliamento) on Thursday 4 July at 9.15 pm; and in Spilimbergo in Piazza Garibaldi on Saturday 6 July at 10.10pm.

Madrisio is a hamlet of about eight hundred inhabitants, in the municipality of Fagagna, which is only a few kilometers away. Next to the route of the ancient Roman road there is a remarkable rural church, the Madone in Taviele. The building, originally from the 12th century, destroyed by the earthquake of 1348 and rebuilt in 1407, was enlarged after the earthquake of 1541 with the addition of a cross vaulted side nave. There are also fragments of a fresco with a Byzantine-inspired Madonna, and a fresco depicting the Annunciation and two portraits of kneeling bidders. In the church there is an extraordinary Baroque organ, built by Pietro Nacchini in 1752. In 1872 the C. Borgna Band was founded, supported in 1975 by the Majorettes “Furlanutes”. The concert is part of the 7th edition of the musical festival “Fieste sot dal Morâr” which the Committee organizes from 29 June to 7 July 2019.