The Maxmaber Orkestar was formed in 2003 in Trieste, the Austro-Hungarian port where Mitteleuropa meets the Mediterranean, a natural passage between Eastern and Western Europe.

They left immediately for a journey through the popular traditions of Eastern Europe and of the Mediterranean: klezmer, old Italian and Yugoslav songs, waltzes and mazurkas, Roma music, Bosnian sevdalinke, dances from Serbia and Macedonia intertwined in a cheerful and melancholic sound at the same time. From all these experiences, several original pieces were born, sung in the Triestine dialect.

The Maxmaber Orkestar after Romans d’Isonzo, will perform for Folkest 2019 also in Fiume Veneto at Piazza Bagellardo, on Friday 28 June at 9.15 pm. 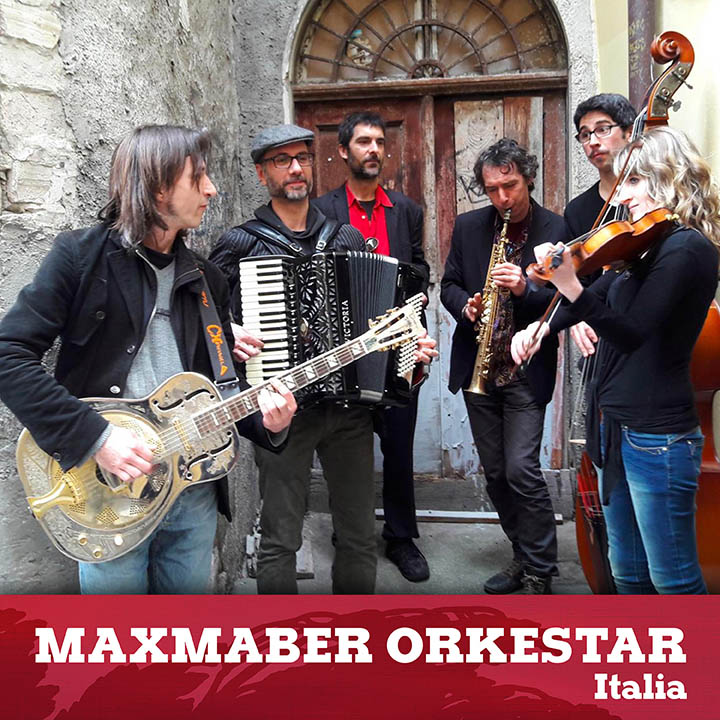 In case of bad weather the concert will take place at the Auditorium “Mons. Galupin”.

Romans is a commune in the eastern province of Gorizia in Friuli, located near the confluence of three rivers: Versa, Judrio and Torre. Its territory includes the hamlets of Versa and Fratta too. The first evidence of existing settlements in the area regard a particular kind of pre-historic fortification called “castelliere”. Traces of roman rural settlements have been found, but the most important historical presence in the area was longobard, as indicated by one of the biggest longobard necropoleis in northern Italy. The Civico Museo Archeologico (archeologic civic museum) in Romans and the Parco Didattico Archeologico (acheologic didactic park) about the necropolis can be visited. In May  a reenactement event (Romans langobardorum) takes place in Romans. Also notable are the Fiera di Santa Elisabetta (Saint Elizabeth’s Fair) and the Sagre dal Dindiat, a fair where people compete about the weight of their giant turkeys. The Carnival in Romans is worth noting too, since it comprises a parade with carnival floats and masquerades.