Abdullah Ibrahim’s story isn’t just a story of collaborations with the greatest names in jazz history, it’s also directly connected with the social, cultural and historical changes in the XX century. Born in Cape Town in 1934 as Adolphe Johannes Brand, he started his career in 1949 when, still in his teenage years, he performed under the name of Dollar Brand. The musician stayed in his homeland until the 60s, and in that period found the first relevant jazz band in Africa together with Miriam Makeba. In 1965, Brand was discovered by Duke Ellington, that took him to Now York. He always kept his connection with his homeland, converting to Islam and taking the name of Abdullah Ibrahim. During the 70s and 80s he became the most representative advocate of integration in the jazz scene. In New York, Ibrahim found a band called Ekaya (the xhosa or zulu word for “homeland”) in 1983: a band of exceptional musicians that in their music blend traditional tunes from South Africa and jazz improvisations. The passionating repertoire is based on the most famous compositions by Abdullah Ibrahim. To Ibrahim, music has a therapeutic and spiritual power, almost in a shamanic sense. In this vision, the musician links his spirit to those of his audience, expressing both joy and pain, personal but collective, physical and spiritual, personal memory and collective history. One of the most unique jazz musicians in recent memory, Abdullah Ibrahim collected a huge amount of collaborations and experiences during his long exile in Europe and America, becoming one of the most relevant musicians in the world. After numerous records, the South African artist took his place in the cultural scene of his country, becoming together with Hugh Masekela and Miriam Makeba an iconic character. 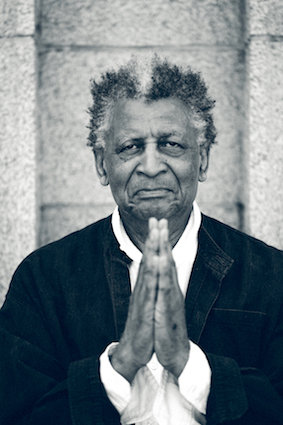