Fairport Convention played their first set in front of a church after reharsing in Fairport House, residence of the rhythm guitarrist Simon Nicol. From the Convention held in this house the name of the band was born, a band that has kept going for almost fifty years now. The band went through substancial line up changes in the early years. From Judy Dyble to Iain Matthews, Sandy Denny, Dave Swarbrick, Dave Mattacks and many more. They split up in 1979, only to reunite in 1985 with Pegg, Mattacks, Nicol and Ric Sanders in place of Swarbrick. The multi-instrumentalist Maartin Allcock was enrolled as well, and the quintette recorded the only instrumental album in the band’s career so far: Expletive Delighted. This mixture of veterans and new recruits wil be instrumental in consolidating one of the most long-lasting line-ups in the band’s history, since it stayed the same for eleven years.
In the early 90s they start an acoustic quartet project, almost another version of Fairport that takes a parallel route to the original band. In the mid 90s Allcocks quits the band, and is replaced by Chris Leslie, a violinist and mandolin player. Chris turns out to be a talented composer that gives a significant contribution in enriching the band’s repertoire. Dave Mattacks lives for the States in 1998 and Genny Conway becomes the band’s new drummer. At the rise of the century Fairport are still kicking, the venues are full and the record sales are all right. One year later in 2017, with a new record and a fifty year long carrier to celebrate, Folkest awards them the Premio Folkest alla Carriera (Folkest Award to the Career). 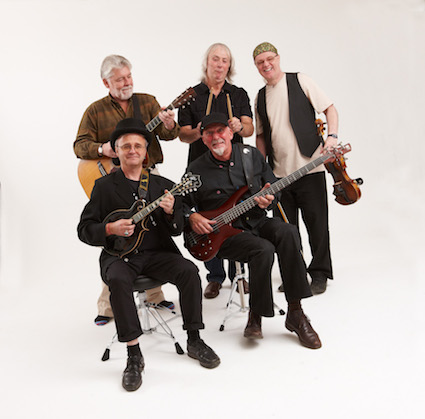