First studio album, from 2008, for the legendary american folk singer, composer, musician and activist. Produced by Joe Henry (winner of three Grammy Award which collaborated with important artists like Lisa Hannigan, Allen Touissant, Elvis Costello, Solomon Burke, Ani Di Franco…),  with the interpretation of some pieces written by Tom Waits, Josh Ritter, Anohni, Joe Henry, Eliza Gilkyson, Mary Chapin, Carpenter and Tim Eriksen.
Whistle Down the Wind, the title of her new album, (on sale from 2th March), had been reconding in Los Angeles in only ten days. About the collaboration with Joe Henry, she says: “Both of us want to create an album toghether. Working toghether was easy as pie. We work very quickly and musically speaking we are on the same page. I’m at my best with musicians that are willing to put theirself on the line. Henry was able to create this tipe of group.”
After being entered in the Rock & Roll of Fame, in April 2017, Joan Baez announced that in the 2018 there will be her last official tour. She says “i’m looking forward being on tour with this beautiful album. This make me very proud. I get the opportunity to share this new edition with my historical fans and people all round the world.” 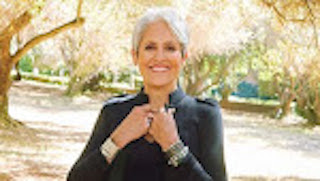 Joan is being ready to start her tour in Europe. She’ll be in Italy for only four and exclusive date: 5th August, VERONA – Teatro Romano / Verona Folk; 6th August, ROME – Terme di Caracalla; 8th August, UDINE – Castello / Folkest and 9th August, POLLENZO (CN) – Cortile dell’Accademia.
In her fifity years of career she supported the movement for civil right, introduced Bob Dylan in the music world, inspired, in 1963, Vaclav Havel to fight for Czech Republic, and also today she support with strenght and passion, different but very relevant cause.
She recives many award as the Lifetime Achivement Award by the Recording Academy and the Ambassador of Conscience Award by Amnesty International. 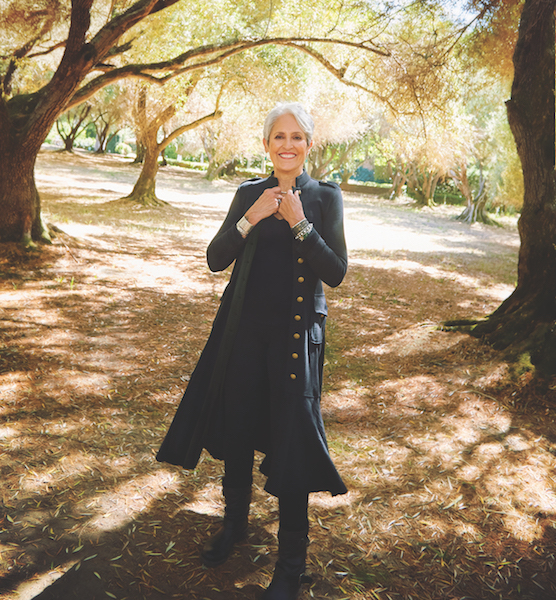 Joan Baez remains an important influence in the music scene. She marched with Martin Luter King, she supported Cesar Chavez, she organized the resistance in Vietnam, she endorsed Dixie Chicks for their courage to fight against the Iraq war. During a famous Hyde Park concert in London, she was on stage with Nelson Mandela to celebrate his 90th birthday and at the end she protested also against the building of a pipeline in Dakota near the Sioux reserve.
The songs of her new Album “Whistle down the wind”:
1. Whistle Down The Wind (Tom Waits and Kathleen Brennan)
2. Be Of Good Heart (Josh Ritter)
3. Another World (Anohni)
4. Civil War (Joe Henry)
5. The Things We Are Made Of (Mary Chapin Carpenter)
6. The President Sang Amazing Grace (Zoe Mulford)
7. Last Leaf (Tom Waits and Kathleen Brennan)
8. Silver Blade (Josh Ritter)
9. The Great Correction (Eliza Gilkyson)
10. I Wish The Wars Were All Over (Tim Eriksen)
www.joanbaez.com