Saturday, March 16, 2019 in Spilimbergo for Folkest in Spring the concert of Le ORME “On the wings of a dream”

SPILIMBERGO – Folkest, the international folk festival of Friuli that for the past forty years has been exploring the music and the cultures of the world, also offers for its 41st edition a tasty spring anticipation with Folkest in Spring 2019, which precedes the usual summer location of the festival, scheduled between the months of June and July (June 20- July 8 dates this year).  The first of the spring events is a real event with the preview of the concert presenting the new album of the legendary progressive rock band of the sixties Le Orme, which offers exclusively for the triveneto area at the Miotto Theater in Spilimbergo, Saturday 16 March at 21.00, the opening of the tour “On the wings of a dream”.

After a 2018 that has seen Le Orme protagonists of two tours abroad (Japan in May and Mexico in November) and an Italian tour with the historic violinist of King Crimson, David Cross, the new year opens with the presentation of this new album, which will be distributed from March 15, 2019. To present their new record chapter On the Wings of a Dream, Le Orme have made a choice against the trend, deciding to perform in theaters far from the big cities, freeing themselves from the normal tours that end up touching the usual billboards of the main Italian theaters. A choice a bit against the tide for a historical group, with fifty-three years of career, which has played around the world and in all cities of Italy, which has sold millions of records and continues to have the records of the seventies (Collage, Uomo di Pezza and Felona and Sorona) still on the shelves of stores and online stores.

The new album will be a plunge into the past with a look towards the future. Since 2019, in fact, Le Orme’s line-up has been permanently including an electric guitarist in its line-up: a line-up of absolute value, with Michi Dei Rossi on drums, Michele Bon on hammond, piano, keyboards and sinth, Alessio Trapella on bass, voice, guitar and bass pedalboard and Ivan Geronazzo on electric, classical and acoustic guitar. Spilimbergo is an exceptional opportunity for old fans to listen again to the characteristic sound of Le Orme and enjoy it for the first time for young people who have never heard them live.  Counted as one of the most beloved Italian bands, important and known abroad, Le Orme are, among the many bands derived from the beat era, those that have had the most convincing evolution in the 70s. Formed in Marghera (near Venice) in 1966, they made their debut on record in 1967 with “Fiori e colori”, recorded by the original four-piece line-up. The group had a very successful single with “Senti l’estate che torna” and recorded their first album Ad Gloriam at the end of 1968, releasing it the following year. 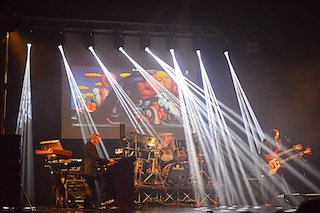 Contained in an original and very characteristic cover, the album is still considered one of the best of the Italian beat era, with a vaguely psychedelic touch in songs like “Io non so restare solo”, Fumo, Milano 1968. In 1970 the group signed up for Philips, which then released the next 10 albums in as many years. The old Car Juke Box label then released L’Aurora, a collection of singles tracks that is particularly rare. The first album on Philips, and also the first as a trio was Collage, with Aldo Tagliapietra switching from guitar to bass and the group with a new keyboard-based sound in the style of some foreign groups like Emerson Lake & Palmer. The three also made a trip to London to follow the current musical evolution. An excellent album, Collage contains some of their best tracks ever, like “Sguardo verso il cielo” and “Cemento armato”.

Open pre-sales for the concert on March 16 at the Teatro Miotto in Spilimbergo. 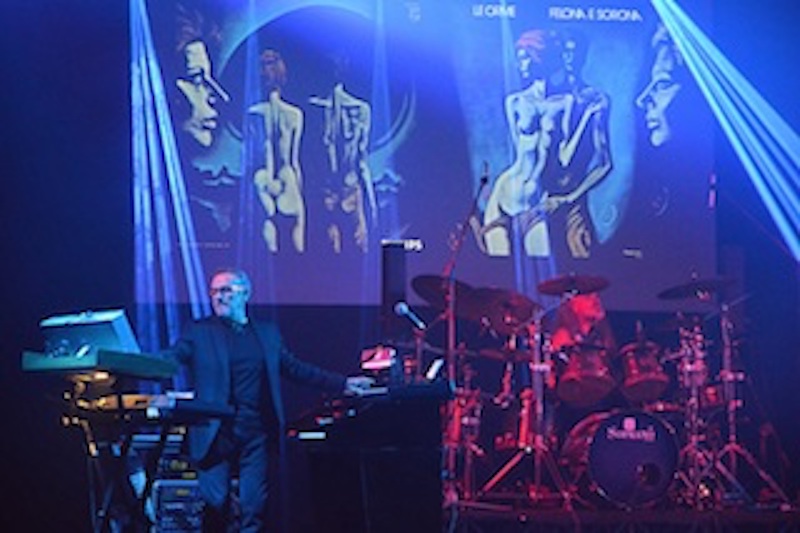