Peter Hammill, 15 th of November at Candoni Theatre in Tolmezzo

Awaited for Wednesday 15 th of November at Candoni Theatre in Tolmezzo, will perform Peter Hammill, the historical voice of Van del Graaf Generator, one of the principal artists of progressive rock trend.

Peter Hammill was born in London in the 1948 and during the Seventies, he obtained attention in the international rock scene as leader of Van der Graaf Generator, of which he is singer, guitarist, pianist and main author.

The Group’s career is stud by dessolution and reconstraction, for this reason Hamill, in the 1971, undertake the solo artist activity.

If during the Seventies The Group wasn’t considered as one of the most influential bands in the rock scene of time, nowadays they deserve consideration in the rock world. From a musical point of view, their are assimilated to the progressive current, even if the band is very far from it compared to the other contemporary artists like Emerson Lake & Palmer e Yes.

Their music could be, at the same time, complex and essential; the atmosphere is dark and gloomy and reflect Hammill persnality: the inspiration don’t came from mitology and epic (linke Genesis) but from the interior drama and esistential malaise.

Claudio Trotta, who organized Peter Hammill’s first concert in the 1987, remembers: “Peter Hammill is a gigant of Popular Music history and he had mark important moment of Barley, among them I remembered the concert at conservatory, part of the festival of Contemporary Music in Our Time, during which he performed a cappella piece, without instruments and microphone”.

His last work as solo artist named All that might have been, come out in the 2014.

After Do Not disturb, the thirtieth Van der Graaf Generator album, The Artist is now working on a new album.

The Tolmezzo concerts, the only one in the northeastern part of Italy (the others concert will be held in Rome, Naples, Terni, Chiari, Milan and Livorno), represents another big Folkest’s appointment.

The presale is officialy opened.

For info and presale: www.folkest.com 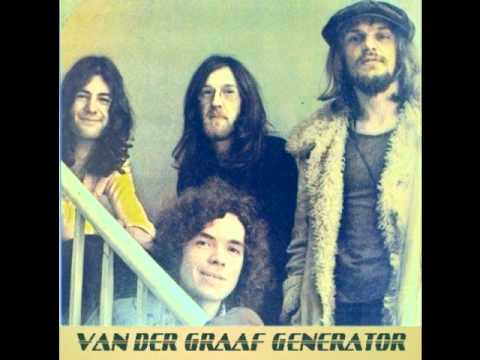